The mayor assumes a central function in the context of the administration of the city. He represents the city to the outside and is responsible for conducting the business of the city as the head of city administration. He decrees the internal rules of procedure and the distribution of business for the city administration with confirmation from the City Senate. The mayor also has the power to make emergency decisions, if an urgently required decision cannot be made in time by the City Senate and the City Council.

Unlike the other decision-making bodies of the city, the mayor is not only responsible for affairs in his own sector, but is also accountable for all the tasks of the assigned sphere of operations of the city. In these matters he is bound to directives from the responsible decision-making bodies of the Federal Government and the Government of the Federal Province respectively and is accountable to these bodies. 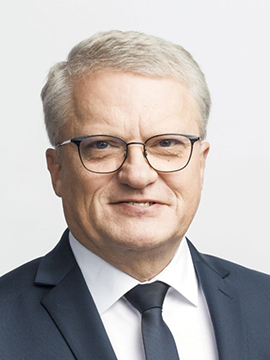 Functions in the City of Linz

Department My responsibilities as a City Senate member